This year, we have selected three single casks specially for Virtual Whisky Show 2020. They delve into three different aspects of whisky-making and highlight how they have changed over the years.

To further honour the theme, each bottle features a unique label – a section of a larger design created specially for each whisky by The Whisky Exchange's creative director Raj ‘MrC’ Chavda.

For this year’s show bottling, I wanted to create a series which reflected the concept that while each bottle is an individual it is also part of a whole. So every bottle in the series has a one-off label design – no two are the same.

Each bottle also features a unique code, allowing the owner to claim their section of the larger design on The Whisky Exchange website and leave a message for whisky fans who are exploring each of the three ever-changing worlds.

An Ever-Changing World of WHisky

Expressing his ideas on Whisky Show 2020's theme, Raj has broken the concept of the ever-changing world across the three bottlings: 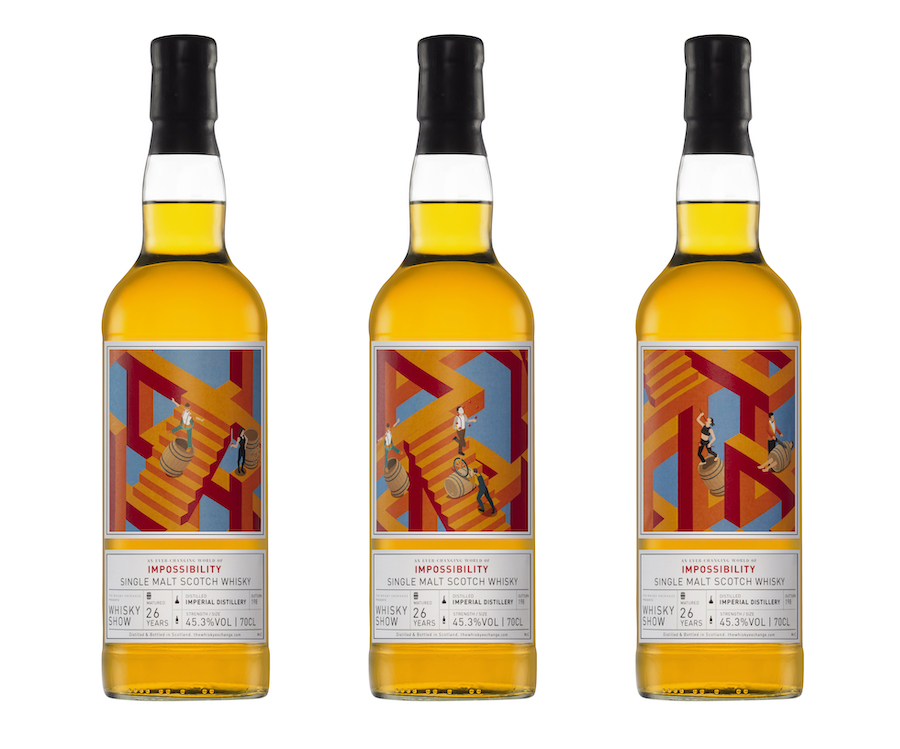 Imperial has not only been closed for years, but it has also been demolished and a new distillery built in its place – getting more whisky from Imperial is now very much impossible. This whisky was filled to a single barrel on 22 August 1994 and bottled on 11 September 2020 at 26 years old.

Palate: Green grass and barley sugar lead to royal icing, buttermints and just-slapped mint sprigs. There’s a touch of zing and darkness behind, with barrel char and stewed lemons joined by gentle spice. The spice softens to aromatic oak as the icing returns, accompanied by mint fondant creams. 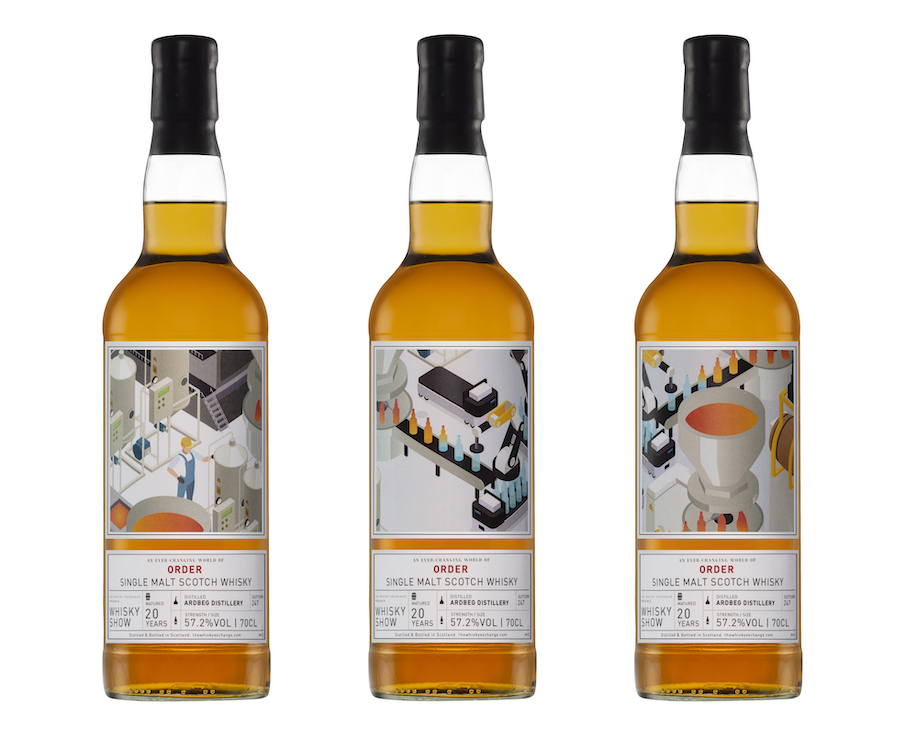 Ardbeg has long been a favourite of the Whisky Show team, and this bottling celebrates the distillery's mixture of technology and craftmanship that are combined to make its excellent whisky. This single malt was matured in a single ex-bourbon hogshead, filled on 6 April 2000 and bottled on 5 August 2020.

Palate: Rich and thickly textured – smoky toffee, leafy bonfires and a touch of mint chocolate. Lime notes build through the middle, with cinnamon heat and more chocolate. Creosoted fences and damp earth notes appear, followed by a splash of sea spray and a box of freshly opened bandages 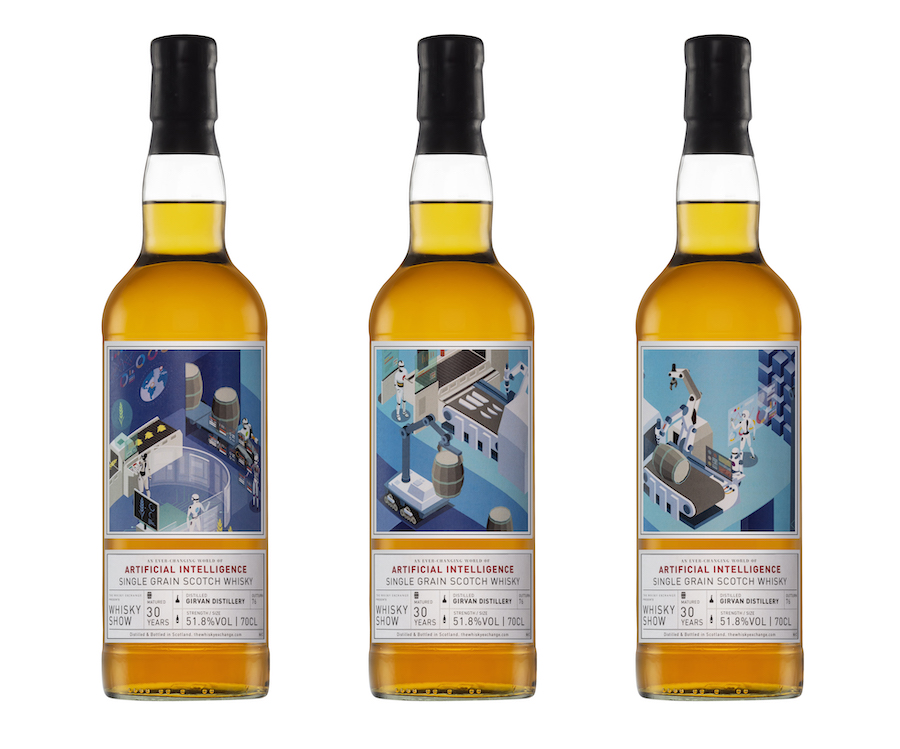 Girvan grain distillery doesn't look very much like a traditional distillery, with complex pipe work and wiring wrapped around tall columns. It looks futuristic and, while it's not changed as much as you might think since it opened in the 1960s, it is the futuristic side of the still-old-fashioned Scotch whisky world – the perfect whisky to examine a potential future of AI and automation. This whisky was filled into a single hogshead on 17 December 1989 and bottled on 9 September 2020.

Palate: A punch of sweetness is accompanied by dark, singed, treacle toffee, dark chocolate and barrel char. Blackcurrants and forest floor earthiness follow, with lighter caramel and toffee notes floating on top. A touch of vanilla cream and candied lemon peel sit at the back.

All three whiskies will be available from The Whisky Exchange website. Virtual Show ticket holders will have exclusive first access to the show bottlings. Details to follow.